So, I did a thing and now I have a story to tell.

There was a hole in my heart and it needed to be filled.

If you have been following along on that social media thing (it was fun, you should give it a try), the pup is already out of the bag…but, if you have not been…I have some news!

Just when you thought I was going to share yet another Merle Haggard song (which I actually am because I slacked on sharing those and they are worth sharing), I am going to share a little something about Haggard’s new namesake, Merle the puppy! Likely soon to be Merle Man and Merle Dog and any other logical nickname. My favorite of those nicknames so far is Mighty Merle. It suites him!

So, without further adieu, I introduce to you, Merle, my new wingpup.

Naturally, that begins with where he came from. He comes from the same place Darcy’s sire, King, is from. And, King is actually one of Merle’s grand relations. This is all a full circle deal full of connections. Signs I tell you. The only difference is I did the drive this time instead of C and J. But this Merle’s story and it could not have been any other way.

This is his mamma, Nugget. I call her Nugg. You know how I am about nicknames.

A good and proud mamma she is.

After the pups were weaned, she escaped multiple times to get back to her pups. I love that about her.

This is the proud sire, Scotch. Handsome guy. 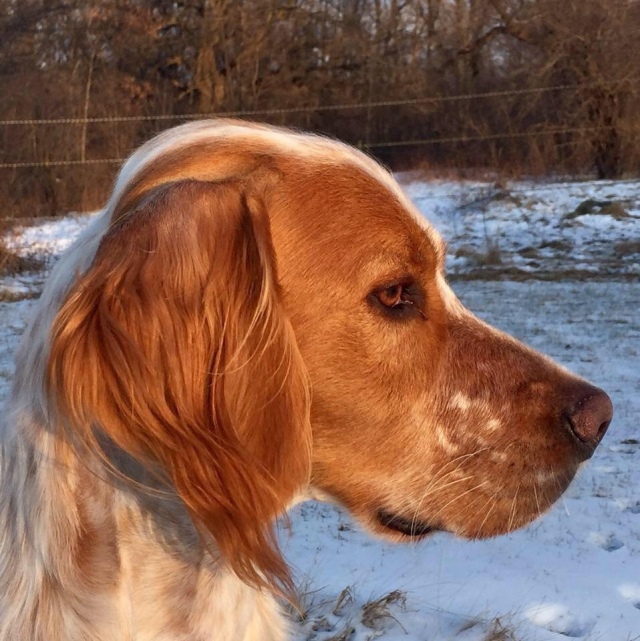 My Merle man seems to take after him. 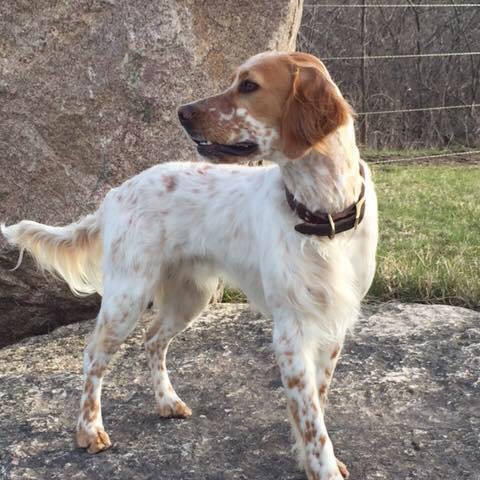 This is a Merle pup from early on. 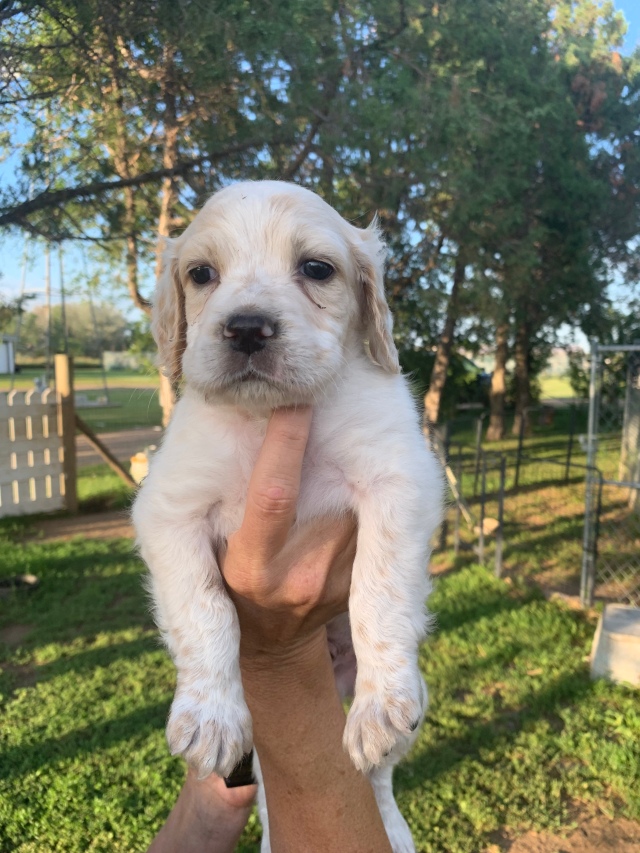 Here is where the adventure part comes in…We flew up to North Dakota to pick him up! We almost missed our connecting flight, but we made it right before they closed the doors. And then…rented a car and drove all the way back to the great state, special package in tow!

If you are thinking I may or may not be crazy and that whoever would choose to come with me on such an endeavor is equally as insane…you may or may not be right! Let me tell you though, it was indeed a grand adventure and we had fun seeing parts of the country we have never seen before. On top of that, Merle is already a road tripper just like Darcy!

Friday evening in North Dakota we enjoyed watching the sunset after a taking a tour of the kennels. Sunsets in North Dakota are pretty! It was so great to be with the people that made my Darcy girl and Merle man happen.

A dirty puppy is a sign of a happy, playing, outdoor puppy.

Look at all those spots under there!

He took pretty well to the road tripping and developed his riding preferences, like they do. The initial shotgun riding position that makes for a good dog. 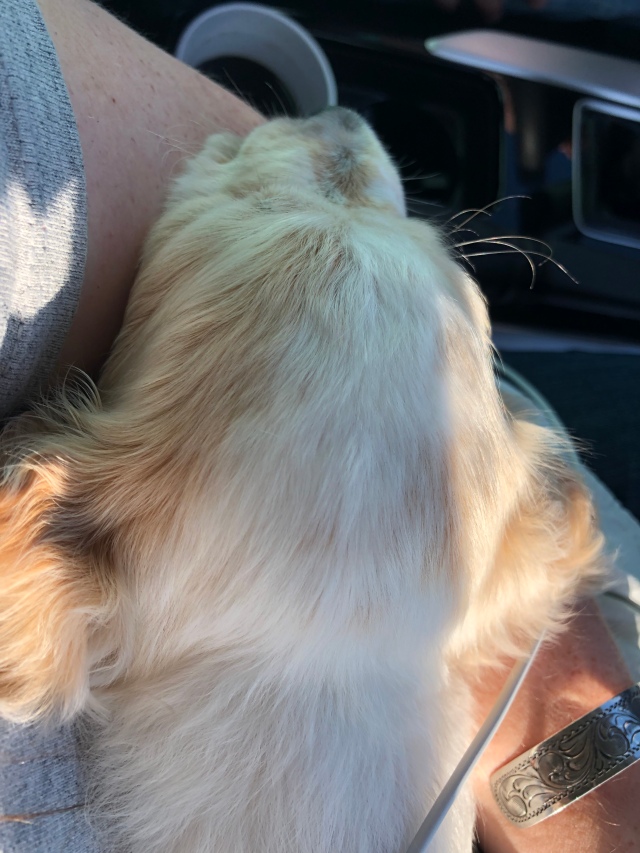 The pretty Dakotas through an increasingly dirty windshield. 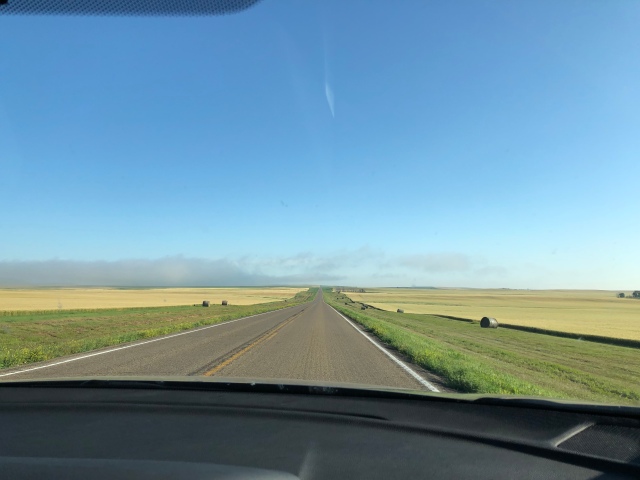 The preferred shotgun riding position which makes for a great dog!

Posing or taking care of business? 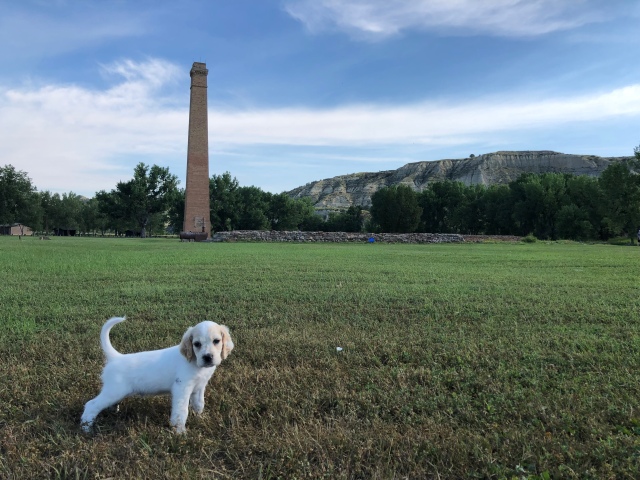 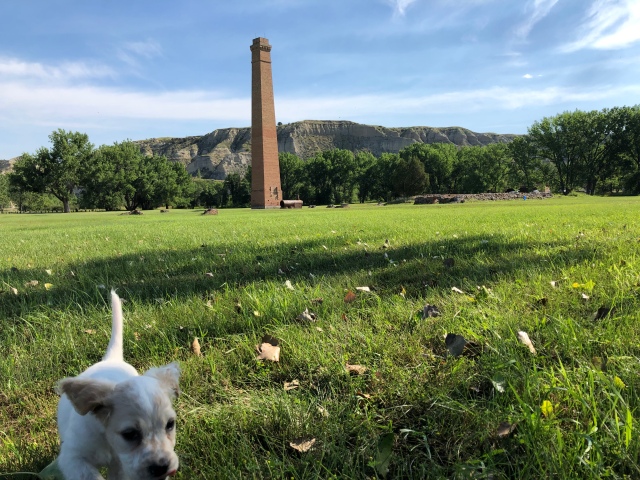 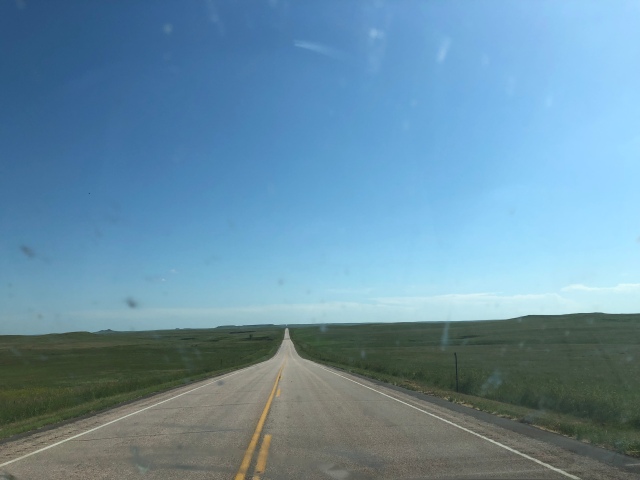 Keep on keeping on.

Really so very pretty. All I wanted to do was ride a horse here…and clean the windshield. 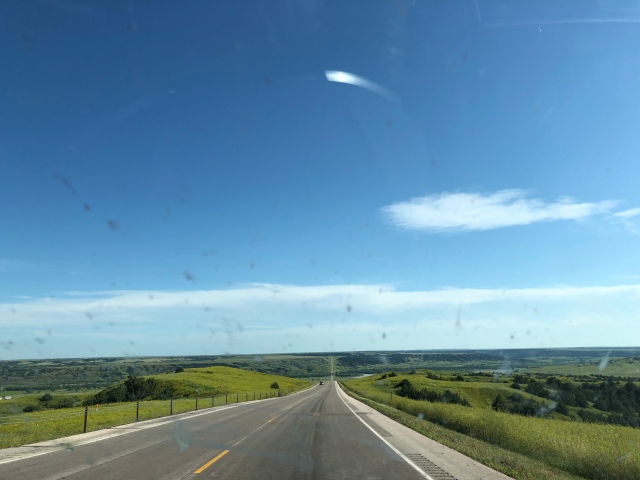 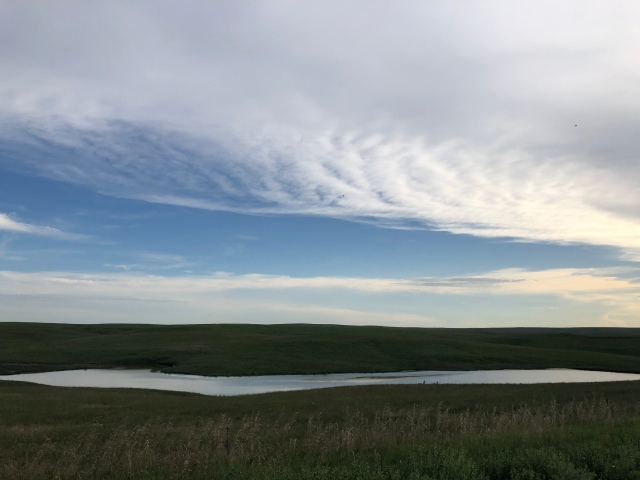 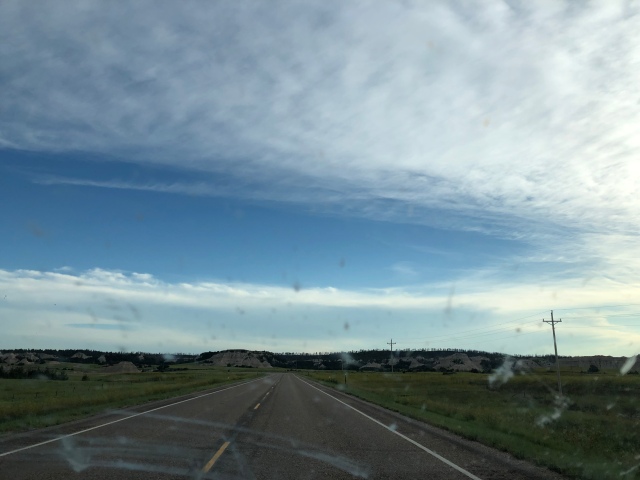 The only evidence of Nebraska was a picture of a sleeping puppy.

By this point it was just put the pedal to the metal and get us all home.

Somewhere in here was Kansas…zero photo evidence. Just trying not to speed.

We finally made it to Oklahoma and the big dog had a big dog time! He was in two different random photo shoots with random people we ran into. There were two girls in a car that screeched to a stop in the middle of the street to jump out and ask if they could pet my Merle. 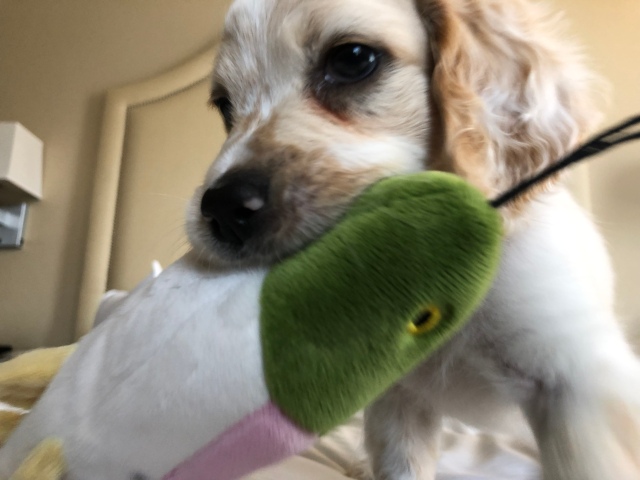 There was speeding from this point on to get us back to Texas.

We are finally home now and playing during coffee time. Learning what are toys and what are not toys. 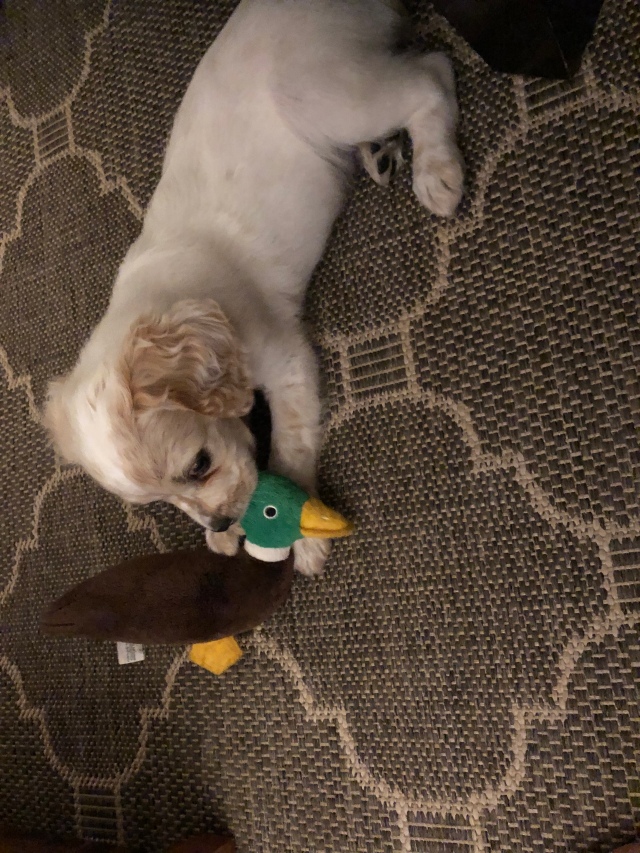 He is already a brave a smart boy. Exciting times are to come!

Walk in love, dear readers, and enjoy both Merles!