The time has come, y’all. As I promised, here is Cheetah’s story.

I was sent off to college under strict orders that I was not to take a horse to school and I was not to get one while I was there. The thought of this conversation with my father still makes me chuckle. I had been trying to find a loophole since I left.

I began an internship in my second year for the director of the university’s equestrian center where I schooled/trained program and sale horses, assisted in horse sales, led summer horseback riding camps, and helped run local horse shows. I had anywhere between two to five horses on my ‘string.’ The best part about it was I could ride two to three horses a day while going to school and I still got good grades…my parents could not complain! Anyhoo, Cheetah was in my first group of horses (could have been the second group, but that really is not an important detail) during that first fall of my internship. It was practically love at first sight. No one at the center wanted to use her for anything, being the strong, opinionated mare that she is.

I have learned that the majority of the horses I fall for begin with this descriptor…probably not the best thing in the world. Oops. I was asked to put some miles on her and either get her placed in a university program or aid in her sale. After the first week of riding her, I was a goner. She was 4.5 yo at the time and did not know much of anything past go. She turned…some…and was not the biggest fan of stopping. She was also a booger to catch. Most days it took me a solid 30 min to bring her in. She made incredible strides in the riding department in just a matter of a couple weeks. Knowing the opinions about her and her personality, my Cheetah girl would not be a match for any of the school programs. She would have to be put up for sale. This thought broke my heart. I constantly shoved it away as I found new things that she ‘had’ to work on. 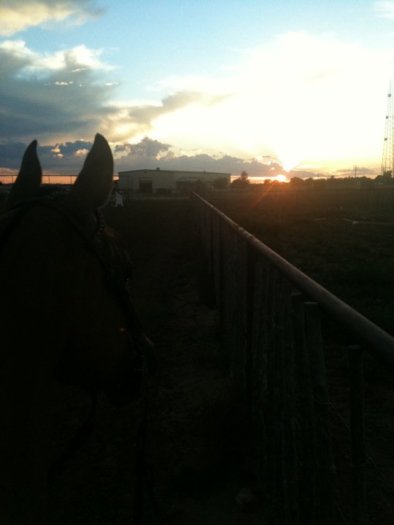 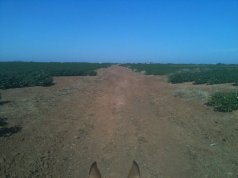 One horrible day, you know the kind where you are just all over the place emotionally and have that sick feeling where you have no idea what you are doing in life and that you are doing the wrong thing…that all too common feeling during that time in your life where you are just figuring it all out, I went out to the barn all bottled up like a shaken bottle of champagne. Everything was just beneath the surface, ready to explode. As I entered Cheetah’s turn out, we made eye contact and I said a little prayer, “please, just let me catch her today. I have had an awful day and I just need to stick my face in her mane.” When I turned back around from locking the gate to walk out and try to catch her, she started walking to me. We met in the middle. I then sat and cried with her head in my lap for the remainder of my allotted catch time. That awful feeling of her being sold kept creeping up on us.

I went home after finals for Christmas with a plan. I attempted to convince my father over Thanksgiving that my life could not go on without this mare to no avail. I had my mother and my Aunt though. Game changers. I gave him my best pitch at Christmas and I do not even remember what I said. I thought it would never work out until my Aunt stepped in and said he had to say yes. Well, I never did get a ‘yes,’ but I got something that was not a ‘no.’ I texted my boss on Christmas and asked if I could buy Cheetah. She probably thought I was crazy when she said yes, but I doubt she was surprised. 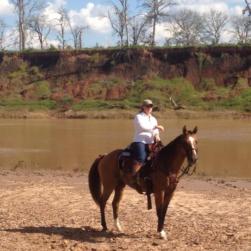 My boss and I ended up working a deal where I worked off the payment. It was a win win for everyone. I have to be honest though, I think I got the better deal on all fronts. I have lost count of the times I have cried into her mane and she has been great to catch ever since that one day. I honestly do not think I would have finished college without her. 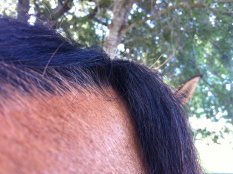 We have logged countless hours in the arena and out in the crop fields. We trained. We showed some. We conquered. We made life long friends. The best part is, our story is not over yet! She is only 12. We are still doing even if sometimes it feels as if we are not. We enjoy our time together even if I am just standing in the pasture next to her while she grazes. She knows me better than anyone and has changed my life for good. I can not imagine my life if she had never galloped her way into it. I thought about changing her name when she first became ‘mine’ (my boss’ daughter named her), but you know they say that is bad luck and really, it suits her personality. I went through the hassle and ridiculous advanced age fee to get her registered with AQHA because I had our next adventure planned. I just had to graduate first.

This, my dear readers, brings me to Lito’s story. That is a story for another day ;).

My rascal Merley Bob is a big 2 years old! Here is to forever puppy years 🐶 to the best wingpup. We celebrated with prebirthday fetch in the pond with just the right stick.
If you know, you know ❤️. A joyful memory.
Short rides between summertime storms. A bit squishy with a good chance of being sloppy, but I will never complain about the rain 🌧.