The only thing I knew about Thursday when I woke up was that there was a local farmers market happening in Chateau Gontier and I wanted to go. I love markets. Especially with other people who also love markets.

We skipped the croissants at the house in favor of having one near the market so we could get there early and find all the things we wanted to find. Namely mussels to prepare for lunch later that day at the house.

All of the eager market goers hopped in the car and set off. We parked and set off on foot to a bakery for the first order of business.

We were all suffering from croissant withdrawal and we needed to remedy the situation. What we found in this bakery was a basic gold mine. If only I could remember the name of it. Everything was beautiful and looked as though it actually tasted as it looked. Each pastry was an individual art piece. While we all acted like we had never been in a bakery before, a few people jumped in front of us in line to order because we could not figure out what to do. At the end of our ogling, we each ended up getting multiple things to sustain us throughout the day. With our buttery, delicious finds safely tucked away in a bag for later (we were too excited to eat them just yet), we continued on our route.

As we approached the beginning of the market, I began to get giddy.

We passed by the bird and rabbit section rather quickly to get to what was happening farther down. We were not in the market for that kind of dinner or in need of any breeder stock.

This is where the action was happening. The fresh produce, goods, and all the people! So many sights, sounds, colors, and tastes. I am not typically a fan of crowds of people, but that is part of what makes a market a market.

All the locals were catching up and sharing stories. Smiling. Playing music. It was fabulous. Did I mention the weather was fabulous? Because it was. It reminded me somewhat of the markets we would go to in Mexico while spending summers there growing up. Not quite the same, but similar. 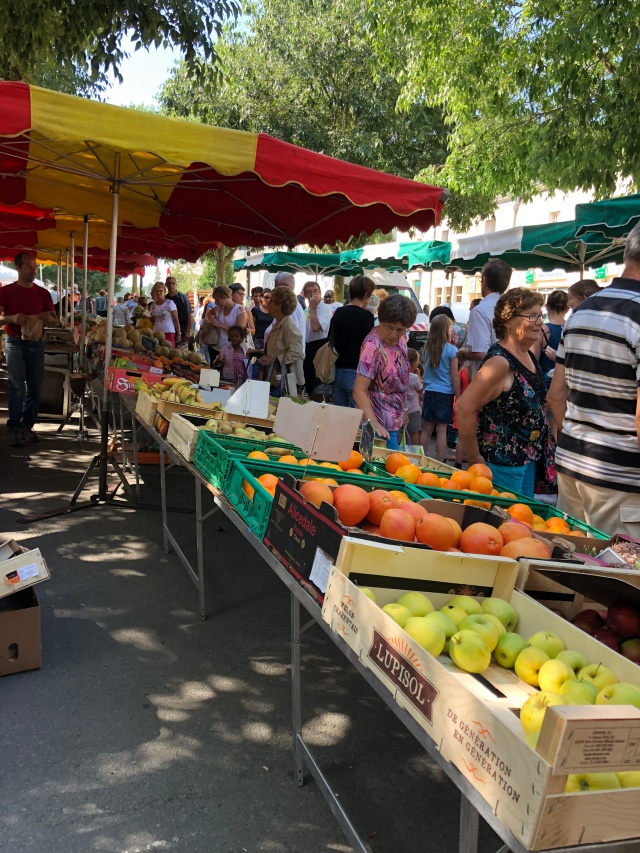 I spied some beautiful cherries and circled back around to buy a kilo of them. I said si instead of oui. I had actually done this multiple times already, but who is counting. Spain was not all that far away, right?! What can I say, old habits die hard.

We opted to start our walking breakfast of croissant as we continued on. I had to quickly stop as I realized how good this croissant was. Seriously. I am not kidding in the slightest. This one croissant was seriously the best one I had enjoyed yet (and was the best one the whole trip).

Once I was able to walk again, I found something to really got excited about. Local goat cheese! I LOVE goat cheese. Well, any cheese, but put goat cheese on anything and I will eat it. The same can be said about queso and vanilla ice cream. Anyway. Her case had already been depleted and there was a line, so you knew it all had to be good.

I purchased a round of plain and a round of fresh ground pepper corn crusted to take back to the house. I said si to her as well.

At this point, we decided to power through to the other side where the mussels were to make sure we got some and then stroll back through the rest.

The powering through only lasted so long as we had to stop at this stand with all kinds of dried sausage.

Anything you could imagine as a sausage, this man had it. Someone in our group bought some kangaroo sausage, just to give you an idea. One of the things I love about these types of markets, is the tasting. They all have little delicate tastes of their offerings to passers by. This man had slices of pork sausage with walnuts to offer. Naturally, I had to try, and just as naturally, I had to buy. I already had the goat cheese! How could I not!? Then I saw something even better. Pork sausage with figs! Do you want to know what I also really love not only in addition to goat cheese, but with goat cheese???!!! FIGS. So I bought some of the fig sausage as well.

We continued on and bought some potatoes and the mussels we came for before turning around.

On our stroll back through the rest of the market, I kept an eye out for the local honeys I saw at the beginning to go with my goat cheeses and sausages. All of that combined with a fresh baguette, I was going to create the best cheese board some time in the next couple of days.

We found a lady with different kinds of honey and she was willing to let us taste them all. This was a very interesting and enjoyable experience. If you like honey, and maybe even if you do not (you might find you indeed do like honey based on how different honeys can be), I recommend you try doing this. They were all really different. We tried four or five different kinds based on what the bees were pollinating on. Some were lovely and balanced and one in particular was straight up medicinal (in which all three of us made a face after we tried it). After deciding on a honey we thought would go well with the cheeses and sausage, we made our way back to the farm.

A large, late lunch and a nap had us all ready for the evening’s activities.

A ride along the Mayenne River at sunset.

Y’all, I can not imagine that I can fully describe this experience in words, so I figure I will let the photos do most of the work. This ride alone was worth the whole trip.

There were five riders and two horses, so we took turns with two people riding and three walking. The plan was to ride from the trailer to a cafe down the river where the rest of the non horsey part of the group was enjoying dinner, at which point I would hop on and ride with one person past the cafe, turn around and come back. Then I would ride with another person from the cafe to the trailer.

I turned around while I was walking to see this chateau.

When I hopped up on Top Girl (which was comical because I have not had a leg up in many years), she was ready to go. That Top Girl has top, big girl walk when she wants to! She was happy to be out and about, and so was I. Just another reason we got along so famously.

France loves their hedges and so do I. 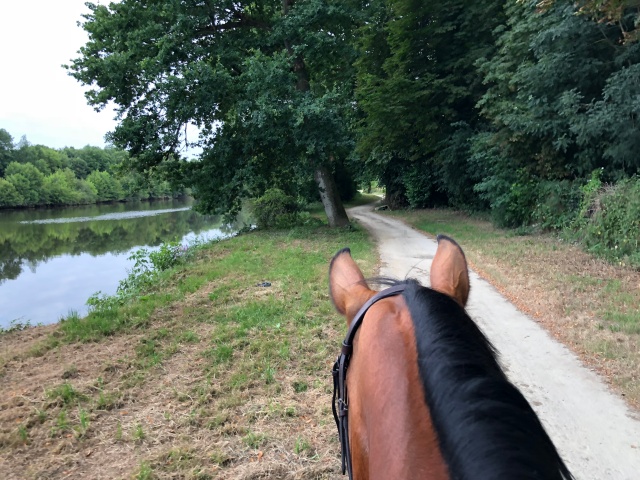 The part from the cafe to the trailer was really and truly fabulous.

A nice new friend and good conversation about horses.

We trotted for a little bit and if I thought Top Girl’s walk was nice, her trot that day could have gone into any ring and won the blue ribbon.

The money shot here. Not surprisingly, this was the best sunset of the whole trip. 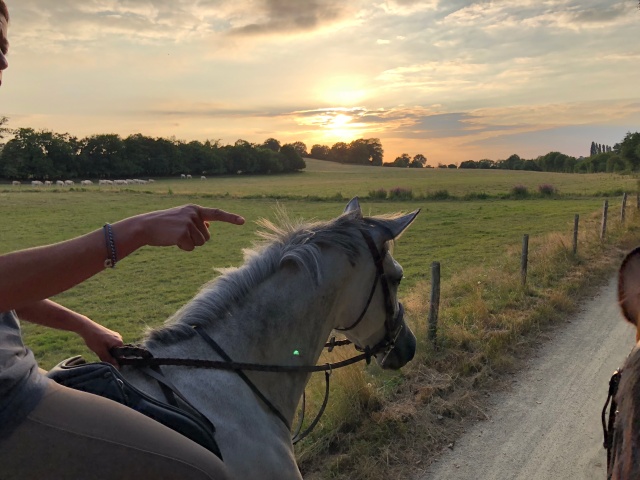 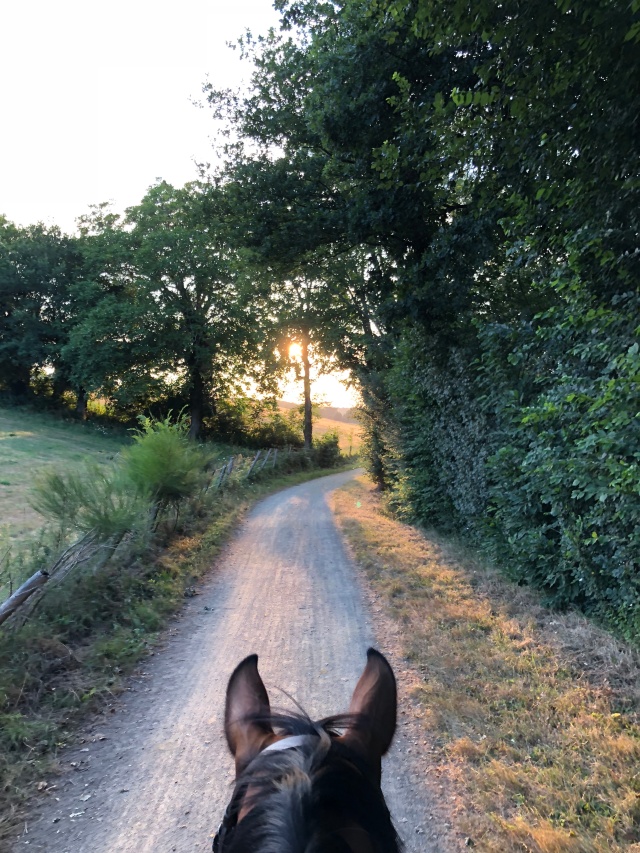 As if all of the above was not enough. The evening just continued to get better.

All of the horse group met at the horse trailer to head back to the farm while the non horsey group finished their meal at the cafe.

Now, I could have done without dinner that night, but why would I do that?! I had all this cheese and sausage, so after settling the horses in their paddocks, we all went up to the house to enjoy some wine and my finds under the starlit sky, around the outdoor garden table. Good food, wine, horse talk, and laughter.

I do not like to use the word perfect, as you well know, but this day was rather perfect.

Walk in love dear readers, and stay tuned for more!

4 thoughts on “The French Countryside: The Best Day” 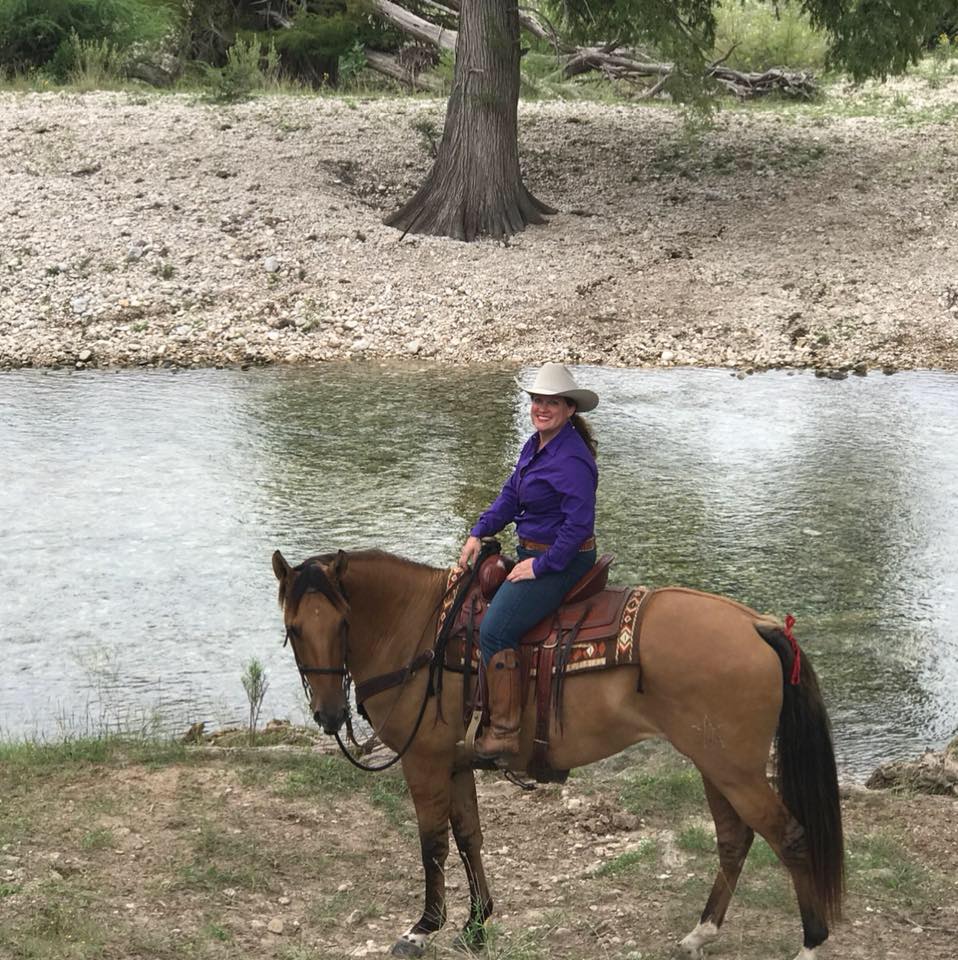 Just the 3 of us and there is nothing finer. Even when it is raining!
It was pretty 🤷‍♀️, but I’m good now! Many more pics on the blog. Link in bio, or whatever.
I have never been more grateful for this barn ❤️🙏🙌❤️. Making it through this winter-pocolypse dancing through the snow 💃. The horses are double blanketed, have been fed, watered, and have clean stalls.
It’s like somebody has been teaching to pose or something 🙃 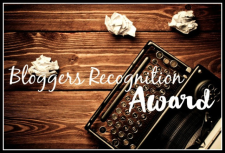