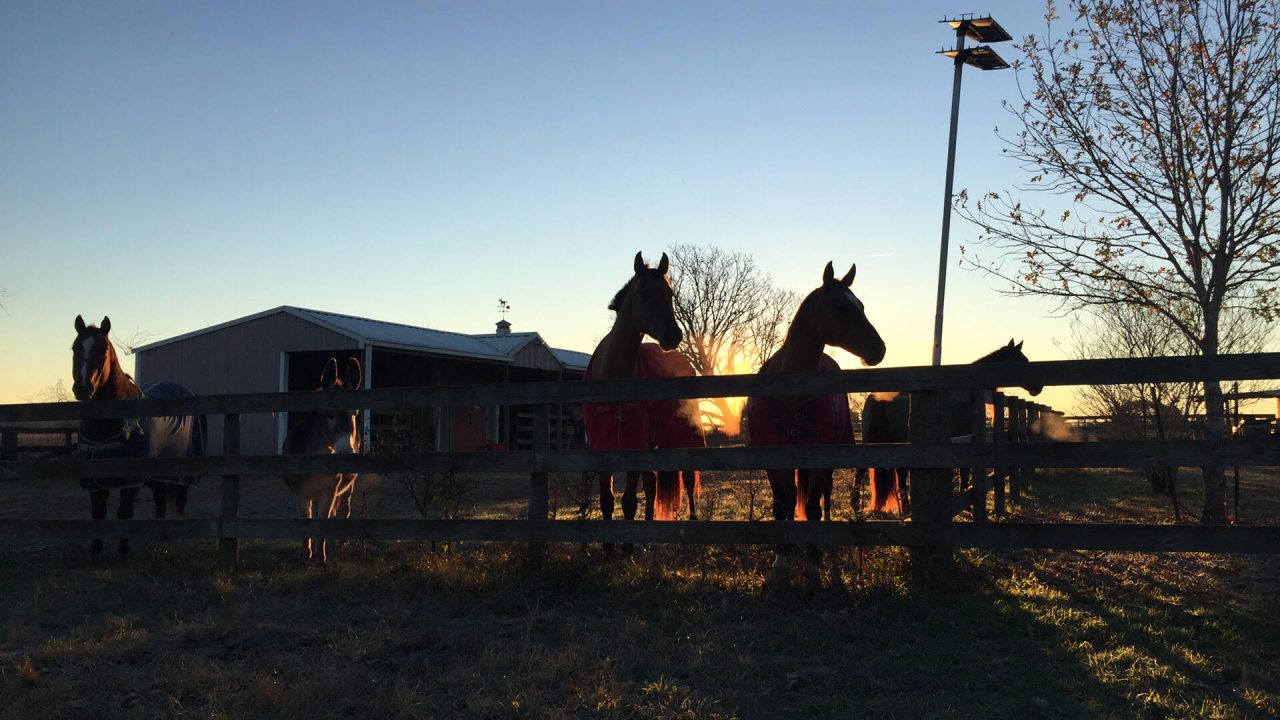 There is always something, isn’t there? Sometimes, things happen and you just have to roll with them. They just are. You can not do anything about them and may not know why they happen. Let go and let Him. Then you come back smarter, stronger, and wiser.

A week ago today, I made a quick trip out to the farm after work to check on the horses and hopefully fit in a ride before Middle Sister K and Husband T came into town for the weekend. I walked down to the pond, hands full of carrots, where they were all standing together in the shad of a pecan tree.

I ran my eyes and hands over each one of them as I pretty much always do. I often do not even notice that I do it. I just do. To make sure everything is as it should be. It is a horse person thing, I guess.

I get to Lito’s left hind and notice some odd, slight swelling and warmth. Great, I thought to myself. Do not think bowed tendon. Dramatic, I know. You know how you can get. What the heck did he do? He has, up until this point, never been swollen or lame. Well, except with his adult teeth coming in. Not important. Check to see if he is lame, maybe he just bumped himself…He was lame. Great. OK. No need to be reactionary. Give him a few days and see how he is. Go from there. Right.

I go over every interaction with him in the recent past in my head multiple times. It could not have been our Hill Country ride. There is no way. His legs were tight and clean before and after every ride. I longed him every morning to make sure he was not stiff or lame. That and to make sure he remembered to pack his brain, but he always does. Not important. He was pretty well conditioned for the trip and never seemed strained by any of the work. Could he have done it on the trailer ride home? I suppose. Did I check his legs when we unloaded? I can not remember. More likely when I turned him back out with the herd and they ran around like race horses for a bit. More plausible, I suppose.

I prayed about it several times on my way home that evening. That leave it with Him post? This is where it stemmed from. I practically worried myself sick in the span of my hour long drive. Like that does anybody any good ever. You can tell me that a hundred times and I probably still will not learn that lesson. Put your big girl panties on, Avery, pray about it, and leave it with Him. AHAmoment. It is what we are supposed to do. Have faith. So I did the best I could.

I could not get back out there to check him until Tuesday. Hurry fast I did. He was still slightly swollen, but better. OK. Is he still off? Slightly, maybe? If you have to think that hard to tell if he is lame, at least he is better. Making progress, but still not quite right. The dreaded NQR. Sigh. He made progress, that is good. Something just did not sit right with me, though. How I would hate to let him rest up, get him back riding after a while, just to have it flare up again.

A quick phone call with R to get her to agree with me that a phone call to the vet would not hurt, my peace of mind or wallet. Yet. It took me all day Wednesday to get them on the phone because they were swamped with emergencies. Thankfully, not mine! AHAmoment right there.

They went out there to have a look at him yesterday morning. He did not present lame or react to flexion tests. An ultrasound on both hind legs revealed his left deep digital flexor tendon to be slightly inflamed and bigger than his right. Thankfully for me she used the word mild. And it really is. She wants him on small turnout or stall rest for two weeks. Then a couple 15 minute walk trot rides before he is checked again.

I still can not shake the feeling that I overtaxed him while in the Hill Country. Part of my original worry was that I maybe caused this. My logic and the facts tell me that is not the case. I want the best for him and always have his best interest at heart. I am his steward. Sometimes though, horses are just going to horse. Just look at Kentucky Derby entry, Thunder Snow.

So. For now, we rest while I tack on some miles to my car commuting back and forth from the farm for two weeks. And pray. And leave it with Him. Then come back stronger after we get up and rebuild.

14 thoughts on “A Little Set Back”

This is what we do here! Have a look at AHAmoments' best liked writings. Just simply click on a title to see for yourself.